Graphs are best utilized for problems in which there are binary relationships between objects. Once a problem can be represented as a graph, the problem can generally be solved based off of one of the key graph algorithms. For interviews, it is vital to know how to implement a graph, basic graph traversals (BFS, DFS) and how to sort topologically the graph.

Graphs consist of a set of.. 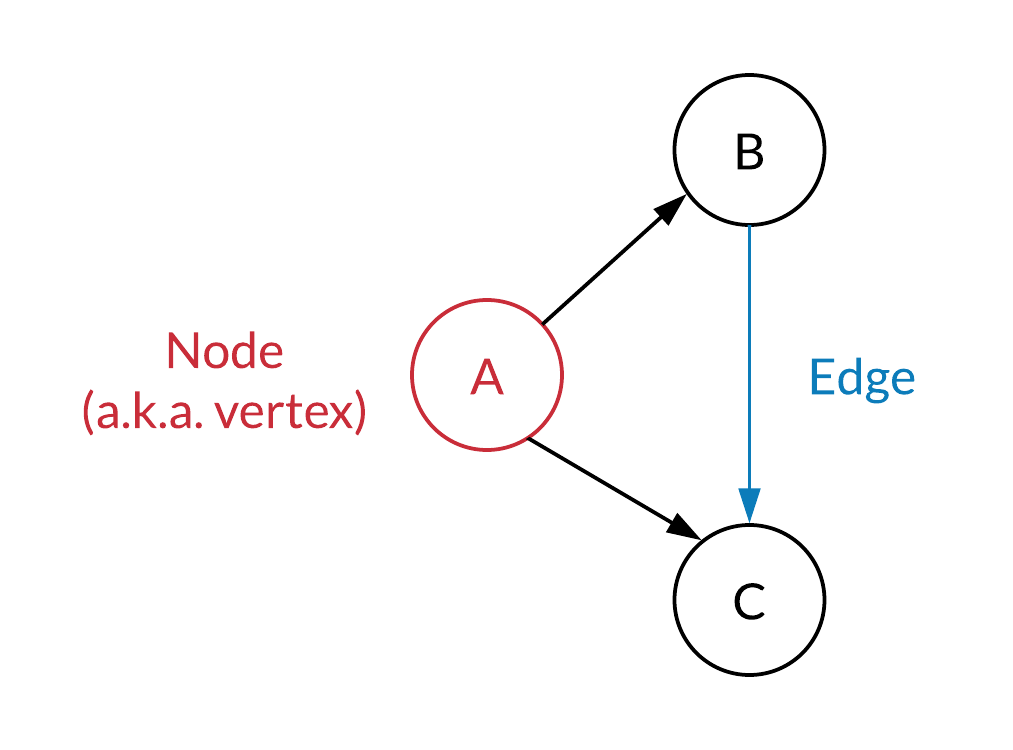 A directed graph is a graph that in which all edges are associated with a direction. An example of a directed edge would be a one way street.

An undirected graph is a graph in which all edges do not have a direction. An example of this would be a friendship! 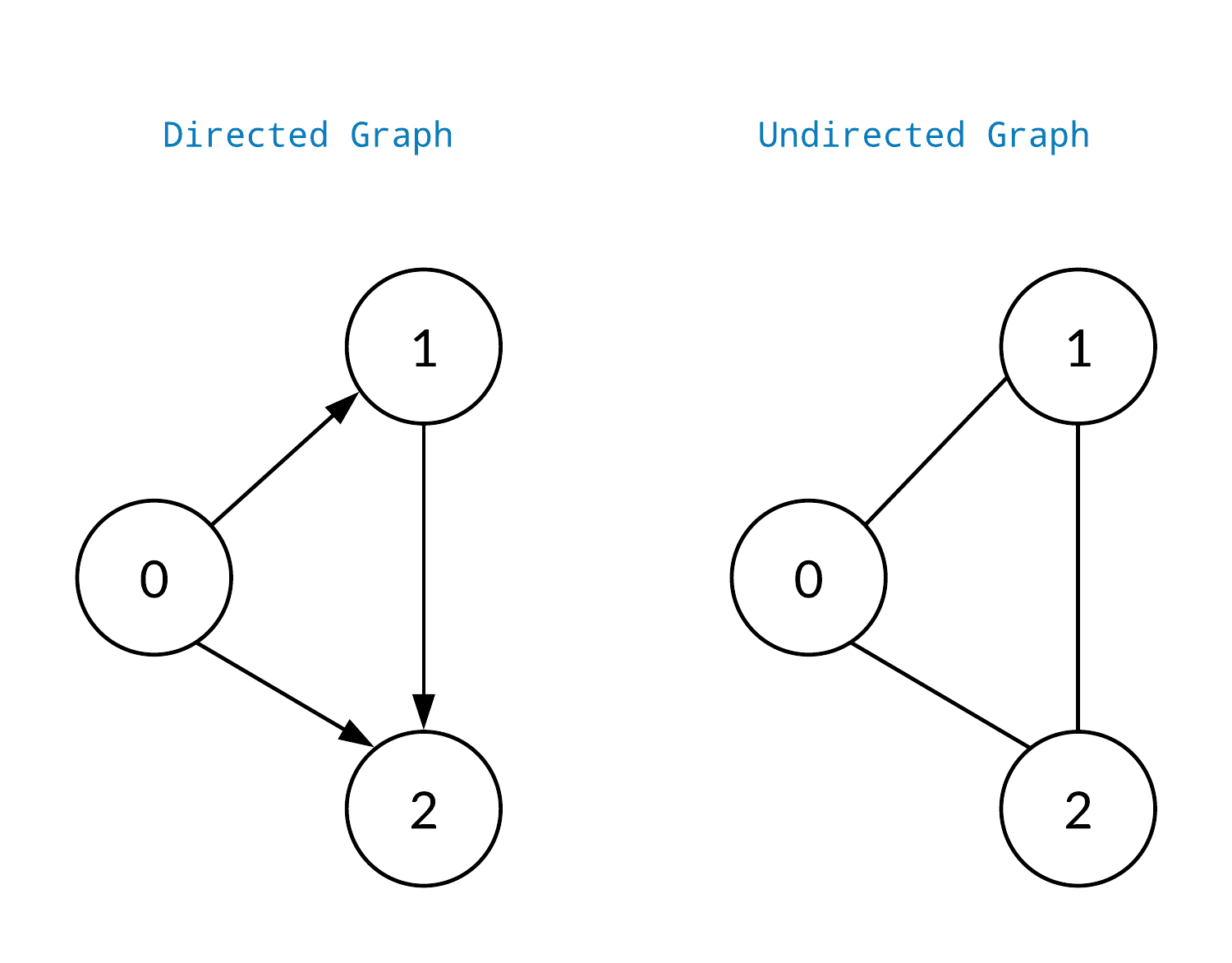 Before going over the what cyclic and acyclic graphs are, there are two key terms to cover: path and cycle. A path is a sequence of vertices connected by edges and a cycle a path whose first and last vertices are the same.

A cyclic graph means that there contains a least one cycle within the graph.

An acyclic graph has no cycles within it. 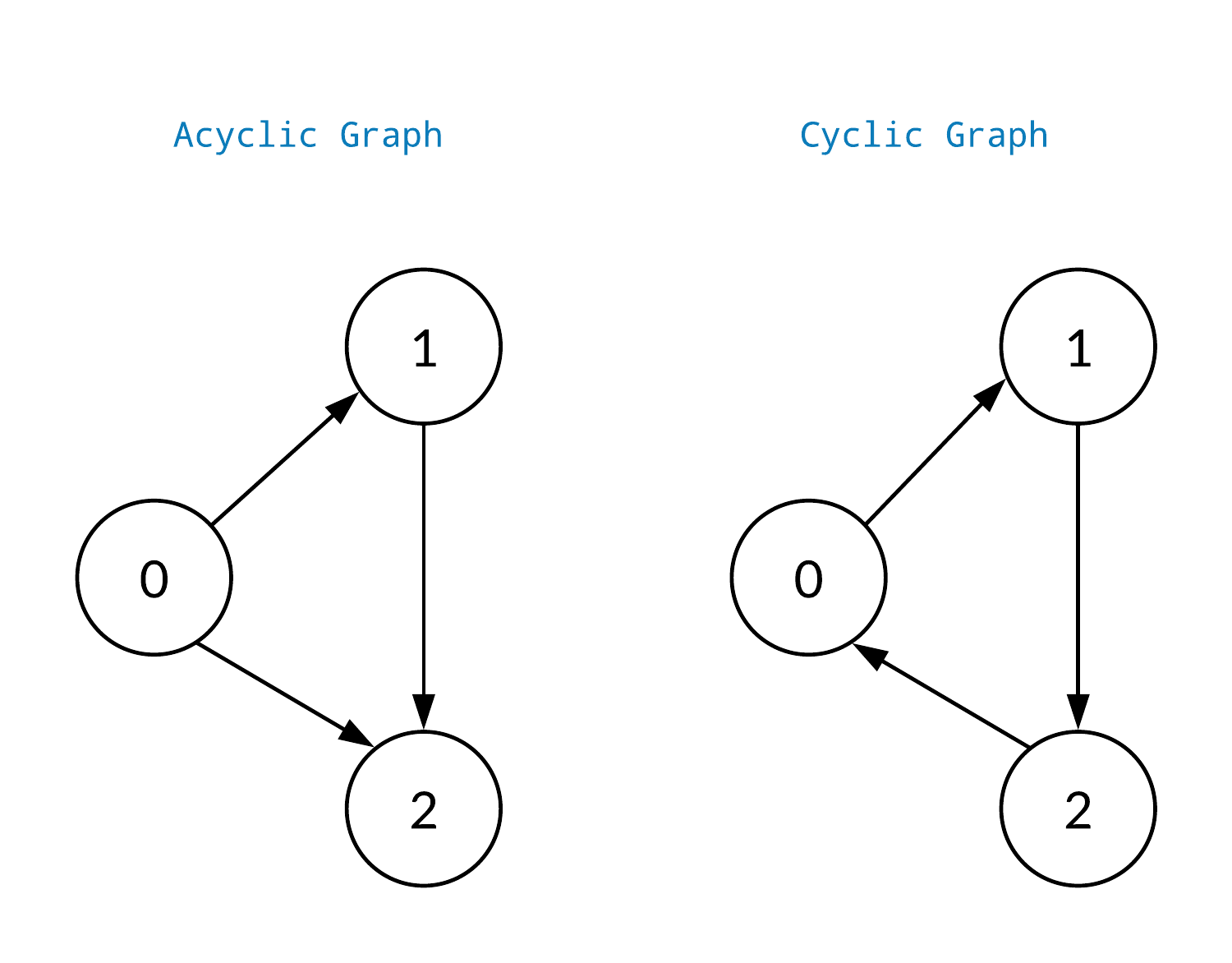 Adjacency list is the most common way to represent graphs. With this approach of representing a graph, each node stores a list of its adjacent vertices. For undirected graphs, each edge from u to v would be stored twice: once in u's list of neighbors and once in v's list of neighbors.

An edge set simply represents a graph as a collection of all its edges.

An adjacency matrix represents a graph with n nodes as a n by n boolean matrix, in which matrix[u][v] is set to true if an edge exists from node u to node v. 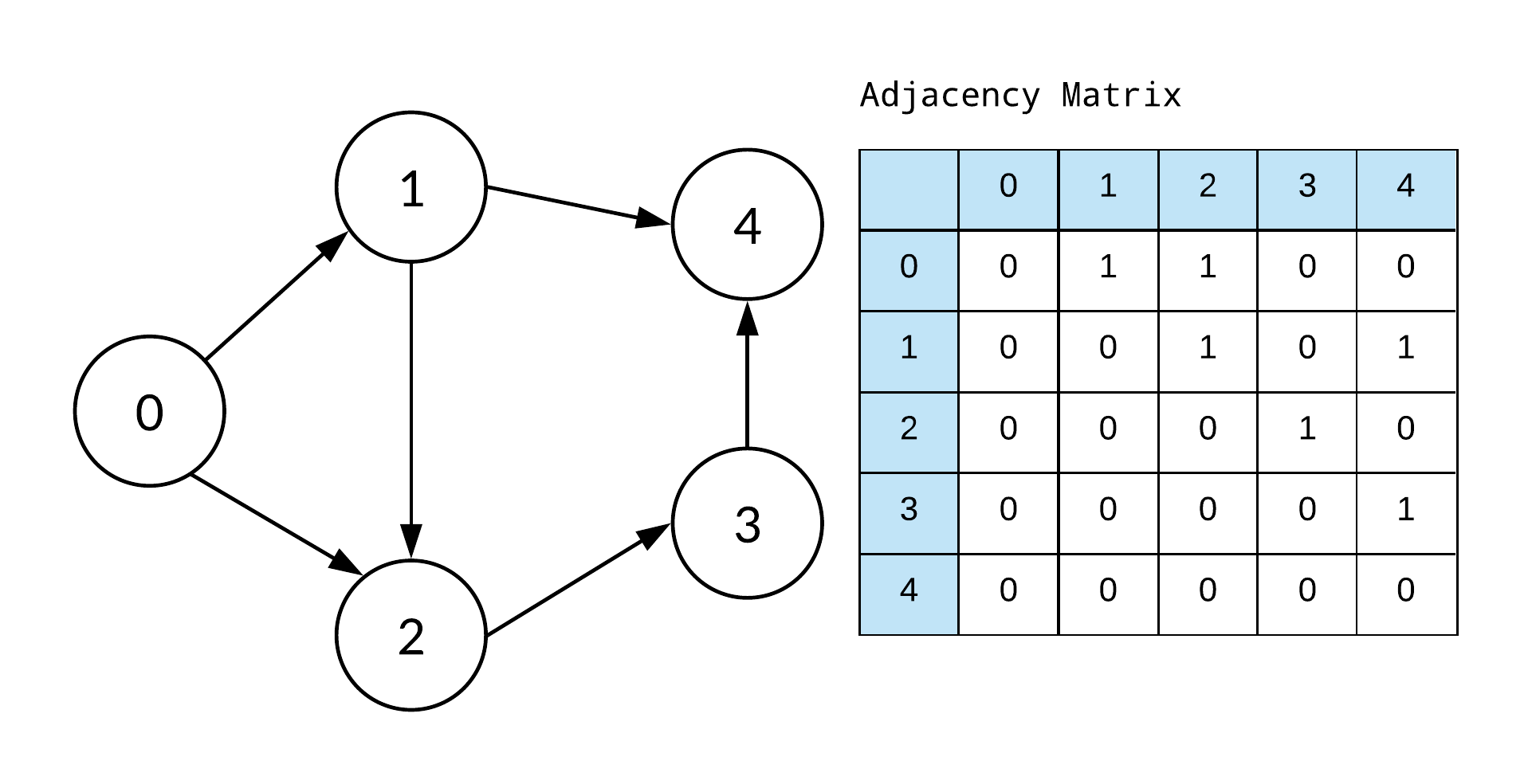 The representation of a graph is efficient for checking if an edge exists between a pair of vertices. However, it may be less efficient for search algorithms because it requires iterating through all the nodes in the graph to identify a node's neighbors.

NOTE: This section covers algorithms that will generally not come up in interviews.