Let's start with an example of a very important Linked List. For any running program, the most fundamental structure that explains the program's state at any time is the Call Stack. If you have had the experience of staring down the face of a nasty runtime bug, you might attest to this. For example, here is an image of a call stack while debugging in the Chrome Browser. 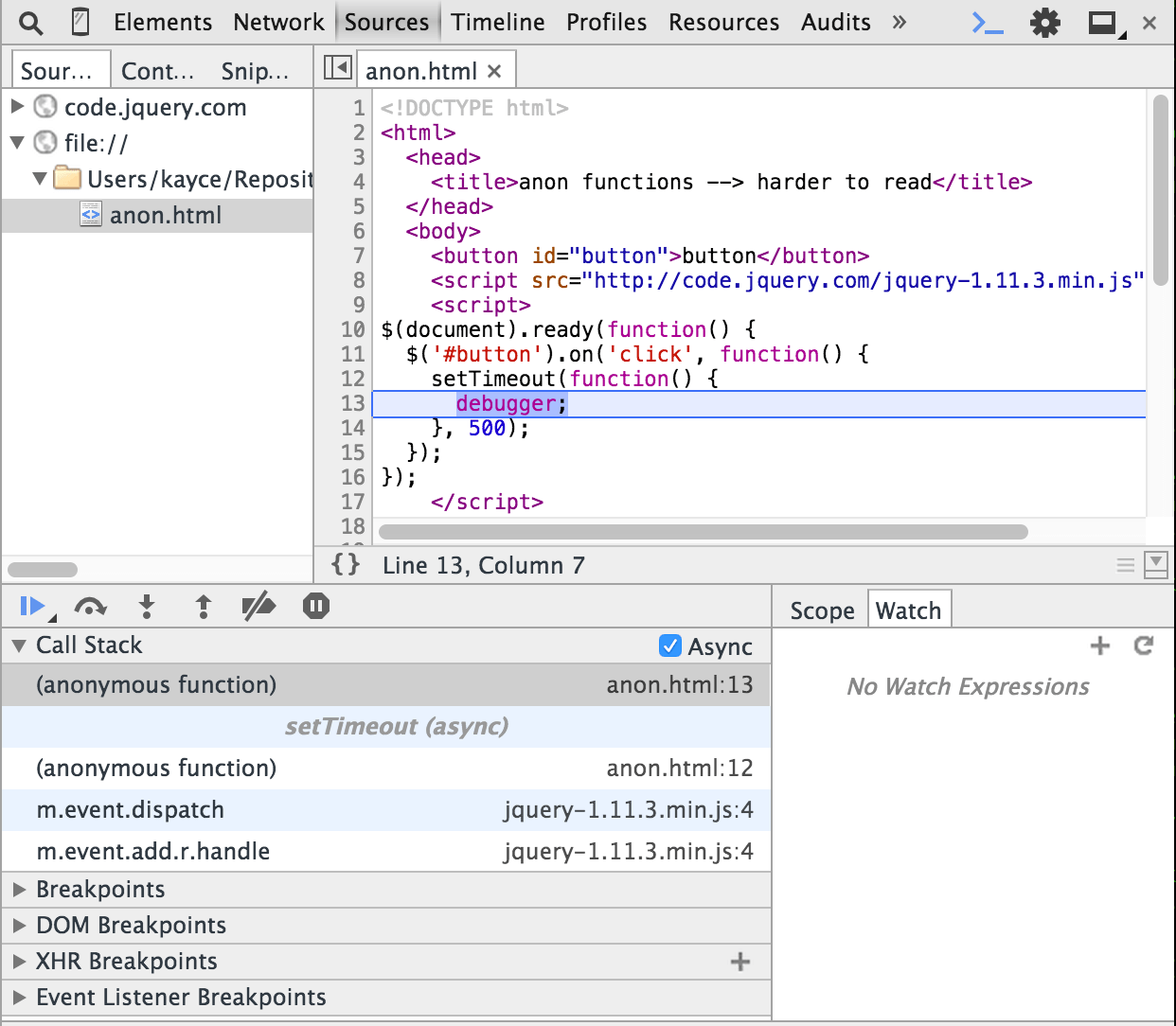 A call stack is simply a trace from where the program is currently at all the way back to the start of that process or thread. This simple trail home is essential for the computer to know what to do when the current function it is working on exits. In this case, the computer knows it can just go to the first item on that stack remove it from the list, making the second item now the first thing on the stack, and then doing the rest of the work that the previous first item was pointing to. This sequence of one item (address in memory) pointing to another item (address in memory) pointing to another item, and so on, forms a Linked List.

The most common variants of linked lists are:

A minimal, but quite common Python definition of a linked list node would be:

Linked Lists really shine when we confine our operations to one end of the data structure and also are dealing with arbitrary, yet small sizes (number of list nodes). The linked list is a good choice in this case because it is both simple to work with and efficient.

Lists do not do well when you want to support random access, i.e., work at any arbitrary location in the list. This is because the only way to get to the back of the list, is to go one node at a time asking for the next item down until you reach your desired location.

We also don't like to store large amounts of information in linked lists because for every value you store you pay an extra storage penalty of Node object that decorates the item you want to store. Let's summarize the complexity tradeoffs as follows: